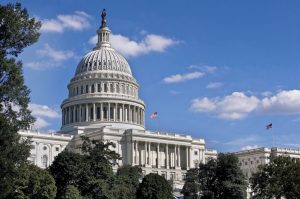 —or temporary tax incentives, including the §179D deduction for energy-efficient commercial buildings, that have expired in the past few years. The tax extenders were never permanent parts of the tax code, but historically would lapse at the end of each year and subsequently be renewed by Congress. However, the fate of these provisions has been uncertain since the enactment of the Tax Cuts and Jobs Act of 2017, thus creating tax planning frustration for countless taxpayers and their advisors.

However, hope for the tax extenders may now be on the horizon. In June 2019, Senate Finance Committee Chairman Chuck Grassley and Ranking Member Ron Wyden announced that bipartisan task forces had been established to assess various tax extenders that had recently expired or were set to expire at the end of 2019. The main purpose of the task forces is to consider solutions that may provide longer-term certainty regarding these valuable incentives.

A widely popular and beneficial tax extender, the §179D deduction was created in 2005 as a way to promote sustainability while helping commercial building owners and primary designers—including architects, engineers, and contractors—significantly reduce their tax burdens. Most recently, this deduction was retroactively renewed for projects completed by December 31, 2017. Section 179D provides a deduction of up to $1.80 per square foot for qualifying energy-efficient improvements to a commercial building’s lighting systems, building envelope, or HVAC systems. Learn more about the §179D deduction: https://capitalreviewgroup.com/certification-for-179d-deduction/

At Capital Review Group, our team of tax experts is keeping abreast of any updates on §179D and the other tax extenders. Visit our blog for the latest news, or contact us today for more information!