What Do Businesses Need to Know About Tax Reform? 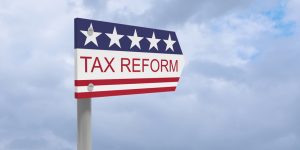 As 2018 begins and businesses plan for the months ahead, they will have to take into consideration drastic new changes to U.S. tax law. After months of Congressional debate, President Trump signed the Tax Cuts and Jobs Act into law on December 22, and all provisions went into effect on January 1. This law, which contains over $1.4 trillion in tax cuts for individuals and businesses, represents the most significant overhaul of the tax code in more than 30 years.

Despite the several major changes ushered in by the new law, other key provisions that are crucial to business taxpayers remain intact. For example, the Research and Development (R&D) Tax Credit is still a permanent part of the tax code as it was added under the PATH Act of 2015, and cost segregation remains available as a tax-saving strategy for commercial building owners. Furthermore, the Tax Cuts and Jobs Act does not address the §179D deduction for energy-efficient commercial buildings. The §179D deduction expired at the end of 2016, and although several bills have been introduced proposing its renewal, Congress has not taken action to pass any of these bills. At Capital Review Group, we are staying tuned for any news on §179D and will post an update if this valuable incentive is renewed.

One of the stated goals of the Tax Cuts and Jobs Act is to stimulate the economy, hiring, and wage growth by alleviating the tax burden on businesses. In pursuit of this goal, the law includes several provisions that will bring sweeping changes for business taxpayers, from small businesses to large corporations. Here are some of the most important provisions:

With these sweeping changes and many more now in place under the Tax Cuts and Jobs Act, businesses must be aware of the new opportunities and potential pitfalls that could impact their bottom lines. At Capital Review Group, our team of tax experts stays updated on the latest changes in tax law. We will provide guidance for your business or your clients’ businesses, ensuring that all available opportunities for tax savings are maximized. Contact CRG today to schedule a pro bono analysis!