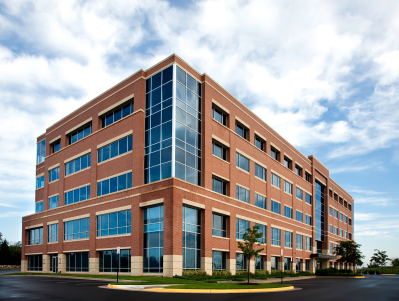 While the upfront costs of greening a commercial building may be significant, energy-efficient retrofits tend to carry a positive return on investment.  The American Council for an Energy-Efficient Economy estimates that the average ROI for energy-efficient upgrades is 20 percent.  Such improvements reward building owners with several other advantages, such as enhanced tenant and customer comfort, greater aesthetic appeal, and reduced greenhouse gas emissions.  Significantly, building owners may reap substantial tax benefits from the installation of energy-efficient upgrades.

The primary tax incentive available for energy-efficient improvements is §179D.  Section 179D allows a deduction of up to $1.80 per square foot for upgrades that exceed ASHRAE Standard 90.1-2001 by at least 50 percent.   Specifically, the possible maximum deduction is $.60 for lighting, $.60 for HVAC, including water heaters, and $.60 for upgrades to the building envelope, including windows.  Examples of energy-efficient retrofits include LED lights, solar skylights, wireless building automation controls, and window films.  Building owners may garner substantial savings, even for making changes to just one of the §179D systems.  For example, Capital Review Group (CRG) helped a client that was a large steel manufacturer in the Midwest.  The owner of the 88,000 square foot warehouse sought to reduce its energy costs while improving sustainability within the community.  By replacing 400 watt hi-bays with more efficient options, the client was entitled to a deduction of $53,000 under §179D and improved energy efficiency by approximately 40 percent.

By installing energy-efficient retrofits in their commercial buildings, taxpayers may discover that they are eligible for incentives in addition to §179D.  The tangible property regulations apply to all taxpayers that acquire, produce, or improve tangible property, including buildings.  Under the regulations, taxpayers may expense certain items capitalized as improvements in previous years, enabling them to claim additional deductions and losses.  Another of CRG’s clients was the owner of a 240,000 square foot office building.  When the client replaced the building’s windows for a total cost of $2.6 million, they realized a $144,000 deduction under §179D and a $542,822 deduction under the tangible property regulations because the removed windows represented an expense opportunity on the balance of the depreciation class life.  Commercial building owners undertaking energy-efficient upgrades may also benefit from cost segregation, a strategy that permits reclassification of certain real property assets into tangible personal property.  This results in depreciation in as little as five years, as well as simplified write-offs for assets that have become obsolete.

Because commercial buildings are major consumers of energy, building owners have the potential to significantly improve the environment by retrofitting their properties with newer, more efficient systems and appliances.  Fortunately, lucrative tax incentives are available to help owners offset the costs of these projects.  With these upgrades, existing commercial buildings may unleash their energy efficiency potential and create spaces that are more aesthetically pleasing and comfortable for tenants and customers.

By theadmin|2015-04-28T15:33:33-07:00April 28th, 2015|Uncategorized|Comments Off on The Benefits of Maximizing the Energy Efficiency Potential of Existing Commercial Buildings