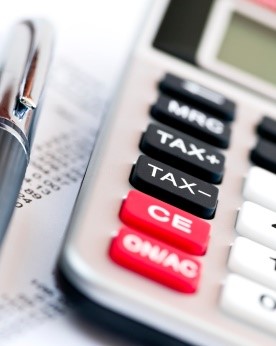 With nearly 10,000 different sales tax jurisdictions in the US, it is no surprise that overpayment of sales taxes is a common (and costly) error for businesses.  The opportunities presented by the internet generate additional confusion for online sellers as they grapple with the question of whether they owe sales taxes for goods delivered to other states.

As the law currently stands, 45 states and Washington, D.C. levy sales taxes on businesses within their borders.  In the 1992 case of Quill v. North Dakota, the Supreme Court held that businesses cannot be forced to collect sales taxes for selling goods in another state unless they have some sort of nexus to that state, like a warehouse or employees located there.  The Court considered merely serving customers in a state insufficient to form a nexus.

In situations where an out-of-state business has goods delivered into a state to which it does not have a nexus, the recipient states levy use taxes on the individual or business purchasing the goods.  However, use taxes are often unpaid because the onus is on taxpayers to self-report, and they frequently do not comply unless the transaction is large enough to draw the attention of auditors.  In recent years, some states have been lowering the threshold for what constitutes a nexus under Quill in an attempt to collect sales taxes from out-of-state sellers.

Several solutions have been proposed over the years in an attempt to streamline the sales tax laws and reduce the confusion that businesses face.  Most recently, the Marketplace Fairness Act of 2015 (a newer version of legislation by the same name proposed in 2013) would grant states the option of requiring out-of-state businesses to collect sales taxes on goods sold within the state.  In order to skirt the concern raised in Quill that requiring businesses to collect sales taxes in multiple jurisdictions would be too great a burden, the Act would only allow states to elect this option after they have simplified their sales tax laws following methods prescribed by the Act. The Marketplace Fairness Act would only apply to businesses that sell more than $1 million worth of goods out of state each year, and would seek to level the playing field between in-state brick-and-mortar businesses and out-of-state E-commerce sellers.

The Marketplace Fairness Act was introduced in March 2015 and is still awaiting further action by Congress.  Even if it does not pass, however, future attempts to allow states to collect sales taxes from out-of-state sellers may succeed.  In the meantime, all businesses that sell goods in states other than their own must contend with a bewildering patchwork of varying sales tax rates.

At Capital Review Group (CRG), we offer the expertise necessary to navigate the confusing web of sales tax laws.  Our sales tax review services enable businesses to identify and properly claim refunds for past overpayments.  Contact us for more information.