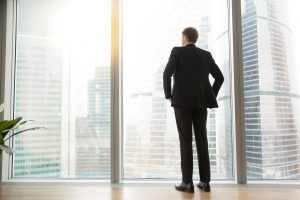 Buying a commercial building is a major investment that carries several ongoing costs associated with owning and maintaining the building. Fortunately, however, the federal tax code offers a variety of strategies to help offset these costs by reducing your tax burden. For example, the §179D deduction (which was recently made a permanent part of the tax code), bonus depreciation, and Cost Segregation are three powerful ways to minimize taxes and boost cash flow as a commercial building owner. If you have recently built or purchased a commercial building, now is the time to consult your tax advisors and determine whether your new property acquisition qualifies you for any of the following tax savings opportunities.

Enacted under the Energy Policy Act (EPAct) of 2005, the §179D deduction was designed to incentivize the use of energy efficiency measures in commercial and public buildings. The deduction is available to commercial building owners who install qualifying energy efficiency measures in new or existing buildings, as well as to the primary designers—such as architects, engineers, and contractors—who complete projects for government-owned buildings. For privately owned properties, a wide variety of buildings may qualify for the deduction, including offices, industrial facilities, retail spaces, warehouses, and apartments with four or more stories.

Prior to 2021, the §179D deduction was considered a “tax extender,” meaning that it was not a permanent part of the tax code and was subject to renewal by Congress nearly every year. However, to the benefit of commercial building owners and numerous other taxpayers, the §179D deduction was permanently added to the tax code as part of the sweeping COVID relief package enacted at the end of last year. The new law also implemented the following changes:

Projects must be certified by a third party, such as CRG, using IRS-approved software to verify that they meet the applicable ASHRAE Standards in order to qualify for the §179D deduction. Taxpayers will generally need to provide thorough documentation of the project, including architectural plans, scope of work information, and descriptions of the fixtures installed.

Through the Coronavirus Aid, Relief and Economic Security (CARES) Act of 2020, commercial building owners received another powerful way to reduce their tax burdens: claiming bonus depreciation for qualified improvement property (QIP). Bonus depreciation allows you to depreciate a certain percentage of the cost of eligible business property during the asset’s first year in service, thereby yielding more substantial and immediate deductions than simply depreciating the entire cost over the asset’s useful life. Through 2022, you may depreciate up to 100 percent of the cost of eligible property during its first year. This percentage will decrease incrementally in subsequent years—so now is the time to consider all available ways to claim bonus depreciation.

While the CARES Act rendered QIP eligible for bonus depreciation, time may be running out for some taxpayers to take advantage of this opportunity—particularly those that acquired or constructed a building between 2016 and 2020 and did not take bonus depreciation. Therefore, as a building owner, you should act swiftly to determine whether you may claim bonus depreciation for QIP and make any needed corrections on your tax return.

Added to the tax code under the Protecting Americans from Tax Hikes (PATH) Act of 2015, QIP includes any improvements that a taxpayer makes to the interior portions of a nonresidential building. These improvements must be made after the building was first placed in service, and may include things like the installation or replacement of mechanical, electrical or plumbing systems, ceilings, interior doors, and more.

Originally, QIP was assigned a 39-year depreciable life due to a drafting error in the PATH Act. Since bonus depreciation is only available for property assets with a recovery period of 20 years or less, QIP was previously ineligible for bonus depreciation—until last year, when the CARES Act corrected the drafting error and retroactively changed QIP’s depreciable life to 15 years. As a result, QIP that was placed in service on or after January 1, 2018 is now eligible for 100 percent bonus depreciation through 2022, thereby creating an opportunity for eligible taxpayers to immediately boost cash flow.

However, for taxpayers that constructed or acquired a building between 2016 and 2020 and did not take bonus depreciation, now may be the last chance to claim it. Recent IRS Revenue Procedures offer guidance on this topic:

Therefore, if you acquired or constructed a building between 2016 and 2020 and did not take bonus depreciation, now is the time to consult your tax advisors to determine whether you qualify and make any needed corrections to your tax returns.

Cost Segregation studies may be performed at any time after a building has been purchased, built, or remodeled—but the optimal time is within the first year after the building is placed into service in order to begin maximizing depreciation deductions as soon as possible. In order to optimize tax savings and ensure compliance with IRS guidelines, studies should be conducted by experienced professionals with a combination of tax and engineering/commercial property expertise, such as the team at CRG.

If you’ve recently bought or constructed a commercial building, there are several strategies available to help you offset costs, minimize taxation, and increase cash flow. Don’t delay in taking advantage of these opportunities—contact the experts at CRG to schedule a consultation!