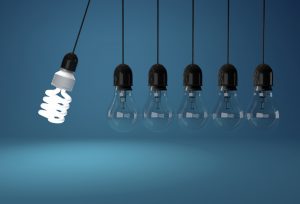 Update: On February 9, President Trump signed into law the Bipartisan Budget Act of 2018. This new law retroactively renews the §179D deduction for 2017. Therefore, commercial building owners and primary designers may now claim the deduction for qualifying energy-efficient projects completed in 2017. At this time, however, Congress has not taken any action to extend §179D for 2018 or future years. Capital Review Group will keep abreast of Congressional activity, and we will post any further updates regarding the §179d deduction.

Since the §179D deduction for Energy Efficient Commercial Buildings expired at the end of 2016, several bills have been introduced in Congress proposing to extend and/or strengthen this important incentive. Most recently, H.R. 3507 was introduced on July 27 by Rep. Dave Reichert [R-WA] and co-sponsored by Earl Blumenauer [D-OR] and Tom Reed [R-NY]. If enacted, this bill—which is not to be confused with the Clean Energy for America Act that was introduced in May and is still under consideration by Congress—would permanently add the §179D deduction to the tax code and would expand its applicability.

The §179D deduction was created under the Energy Policy Act (“EPAct”) of 2005. However, since it has never been a permanent part of the tax code, the deduction has repeatedly expired and typically has been renewed by Congress due to its widespread popularity. Until its latest expiration on December 31, 2016, §179D offered commercial building owners and primary designers—such as architects, engineers, and contractors—a tax deduction of up to $1.80 per square foot for implementing energy efficiency measures. Specifically, the incentive is worth up to $0.60 per square foot for improvements to a building’s HVAC systems, $0.60 for improvements to lighting, and $0.60 for the building envelope.

In addition to making the §179D deduction permanent, H.R. 3507 (if enacted) would change it in the following ways:

If enacted, H.R. 3507 would allow taxpayers greater stability in their building plans and tax strategies, improve the environment by incentivizing energy efficiency, and boost the economy by helping businesses reduce their tax burdens. For these reasons, the bill has drawn bipartisan support, as well as a strong endorsement by the American Institute of Architects (AIA). However, its chances of passage may be impaired by the Trump Administration’s preference to invest in fossil fuel research as opposed to renewable energy and energy efficiency efforts. Therefore, taxpayers must not assume that the bill will pass and should stay tuned for further news from Congress.

While the team at Capital Review Group remains cautious in our optimism that Congress will act positively on H.R. 3507, we reiterate our firm support for this bill or others that would strengthen §179D. As part of our comprehensive incentive review services, CRG stays up to date on the latest changes to §179D and other tax provisions affecting businesses. Contact us today to schedule a pro bono analysis!