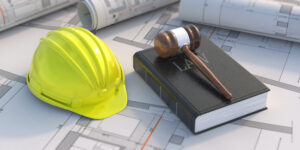 Since its creation under the Energy Policy Act (EPAct) of 2005, the §179D deduction for energy-efficient commercial buildings has undergone a variety of changes—most recently, its long-awaited addition as a permanent part of the tax code in December 2020. After years of frequent expiration and renewal as a tax extender, this was a welcome change that will help building owners and designers plan their projects and tax strategies more effectively. However, in the ever-shifting legislative landscape that surrounds §179D—which provides a deduction of up to $1.80 per square foot (indexed for inflation), or up to $0.60 per square foot each for improvements to a building’s lighting, HVAC systems, and the building envelope—taxpayers must stay tuned for future changes. At this time, the American Rescue Plan (enacted in March 2021) may present additional opportunities for primary designers seeking to claim the deduction, while the Build Back Better Act, which was recently passed by the House of Representatives, includes provisions that would expand §179D.

The American Rescue Plan and the §179D Deduction

Featuring $1.9 trillion of stimulus spending for businesses, individuals, and state and local governments, the recently enacted American Rescue Plan (ARP) was designed to spur further economic recovery from the pandemic. As part of this massive spending package, elementary and secondary schools across the country will receive $122 billion to allow them to take the steps needed in order to safely resume in-person classes and ensure healthy learning environments.

Since proper ventilation inside classrooms is critical to reducing the spread of COVID-19, the Department of Education has issued guidelines for how schools can use the stimulus funds to improve ventilation and overall indoor air quality. A few examples of purposes for which ARP funds may be used include:

As schools dedicate the funds they’ve received through the ARP to enhancing ventilation and air quality inside their classrooms, many will likely perform upgrades that will qualify for the §179D deduction. For architects, engineers, contractors, and other “primary designers” of qualifying upgrades, this may create countless new opportunities to claim the deduction. Typically, the §179D deduction is claimed by commercial building owners who install qualifying measures—but in the case of buildings owned by local, state, or federal government entities, including K-12 public schools and universities, it may be allocated to the primary designers.

Given the typically large square footage of commercial and public buildings, the §179D deduction may yield substantial tax savings. For instance, Capital Review Group once worked with a large architectural firm that received nearly $7 million in §179D deductions over a five-year period based on designs completed for multiple government buildings.

Taxpayers seeking to claim the §179D deduction in 2021 and beyond should be aware of the heightened energy efficiency standards that were implemented under the same law that made the deduction permanent. Before that law was enacted, energy efficiency measures needed to reduce energy and power costs by at least 50% compared to a building that met the minimum requirements found in ASHRAE Standard 90.1-2007. Now, however, this has been updated to whichever ASHRAE Standard was in effect as of two years prior to the start of construction. For example, projects beginning in 2021 must reduce energy and power costs by 50% or more compared to a building that meets the minimum requirements of ASHRAE 90.1-2019—which is far more rigorous than 90.1-2007. In order to qualify for the §179D deduction, projects must be certified by a third party, such as CRG, using Department of Energy-approved software.

The Build Back Better Act and the §179D Deduction

After months of debate, the House of Representatives passed the $1.75 trillion “Build Back Better” Act in November 2021. Among numerous provisions related to healthcare, education, the environment and more, the bill—which is currently awaiting the Senate’s approval—would expand the §179D deduction in various ways. Specifically, the Build Back Better Act would:

While the Build Back Better Act still needs to be passed by the Senate and signed by the President before it becomes law, the proposed changes to the §179D deduction give taxpayers a reason to be optimistic that this important incentive will become even more lucrative in the future. Until then, primary designers in particular should be on the lookout for new opportunities to claim the deduction, as public schools and universities across the country use funds received through the American Rescue Plan to upgrade their HVAC systems and take other steps to create healthier environments for their students and faculty.

If your firm is wondering whether your past, current, or planned projects may qualify for the §179D deduction, the tax professionals at CRG are here to help! With a unique combination of expertise that includes tax, engineering, and commercial real estate, we can review your projects for §179D eligibility and ensure that your tax savings are maximized. Contact us today to schedule a consultation!