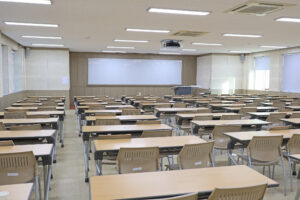 The §179D deduction for energy-efficient commercial buildings is not just for building owners—it is also available to architects, engineers, contractors, and other professionals who design qualifying measures for government-owned buildings. At Capital Review Group, we recently worked with a lighting design firm that had designed new energy-efficient lighting systems for 11 public schools that ranged in size from 18,000 to 100,000 square feet. After consulting our team of experts in pursuit of ways to minimize their tax burden, the firm received a §179D tax deduction of $408,494.70 based on the improvements made to the schools’ lighting systems.

The §179D Deduction for Primary Designers

Created in 2005 with the goal of incentivizing energy-efficient design in commercial and public buildings, §179D of the federal tax code provides a deduction of up to $1.80 per square foot (indexed for inflation), or up to $0.60 per square foot each for improvements to a building’s lighting, HVAC systems, and the building envelope. As of 2021, the §179D deduction is a permanent part of the tax code.

The §179D deduction is most commonly claimed by the owners of the commercial buildings in which qualifying energy efficiency measures are installed. However, in the case of buildings owned by local, state, or federal government entities—which are tax-exempt and therefore have no use for the deduction—it may be transferred via an allocation letter to the primary designers of the qualifying measures.

Determining Eligibility for the §179D Deduction

In order to qualify for the §179D deduction, all projects must be certified by a third party—such as CRG—using Department of Energy-approved software. The certification must show that the measures installed in the building can reduce energy and power costs by at least 50% compared to a building that meets the minimum requirements set by the applicable ASHRAE 90.1 Standard. Prior to 2021, this was ASHRAE 90.1-2007. However, building owners and designers must be aware that the same 2020 law that made the §179D deduction permanent also stipulated that projects must follow the ASHRAE 90.1 Standard that was in effect as of two years before construction began. For new projects beginning in 2021, this would be ASHRAE 90.1-2019—which has significantly more stringent requirements for energy efficiency than 90.1-2007.

Future Changes to the §179D Deduction

The §179D deduction has undergone several changes over the years, and taxpayers should stay tuned for future updates. At this time, the Build Back Better Act—a sweeping piece of legislation that has been passed by the House of Representatives and is pending approval by the Senate—has proposed various expansions of the deduction. For instance, the Act would raise the maximum deduction amount to $5.00 per square foot and allow taxpayers to claim it once every three years for commercial buildings, and once every four years for government-owned buildings (as opposed to once in the course of the building’s lifetime).

In the ever-changing landscape surrounding §179D and other business tax incentives, working with an experienced team of tax professionals is the key to maximizing your savings. At CRG, we stay up to date on the latest changes in tax law, and we can review your past, current, and planned projects to determine eligibility for the §179D deduction. Contact us today to schedule a consultation!