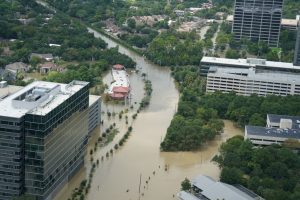 On August 25, 2017, Hurricane Harvey made landfall near Houston, Texas, depositing nearly 50 inches of rain in some areas and claiming at least 70 lives. Two weeks later, Hurricane Irma hit Florida, wreaking havoc throughout the state and causing damage in other parts of the Southeast. In addition to the devastation that these storms have caused individuals, thousands of businesses have experienced substantial losses.

Fortunately, these businesses may find relief from an unexpected source: state and federal tax law. In the wake of Hurricane Katrina—which is still considered the costliest hurricane to ever strike the U.S.—many tax incentives were expanded in order to help businesses offset their losses and reenergize local economies. While it remains unclear whether the government will offer similar relief for business victims of Harvey and Irma, taxpayers should be aware of the potential incentives that may be available.

Many of the post-Katrina incentives were expanded as part of the Gulf Opportunity Zone (GO Zone) Act of 2005. These included:

In addition to the GO Zone Act, the federal government also provided relief through the Katrina Emergency Tax Relief Act of 2005. This law temporarily expanded target groups under the Work Opportunity Tax Credit (WOTC) to include individuals whose principal place of living was in the Core Disaster Area as of August 28, 2005. The revised WOTC also included a tax credit equal to 40 percent of the first $6,000 in wages that employers paid to eligible workers, if the employer’s business was located in the Core Disaster Area and was rendered inoperable by hurricane damage.

The Katrina Emergency Tax Relief Act also created an employee retention tax credit in order to encourage small businesses located in the Core Disaster Area to keep employees on payroll. The credit was equal to 40 percent of the first $6,000 in wages paid to eligible employees between August 28 and December 31, 2005. While WOTC applies to businesses of all sizes, the employee retention credit was initially only available to those with 200 or fewer employees. The GO Zone Act later extended this credit to larger businesses, as well as those impacted by Hurricanes Rita and Wilma.

Other sources of tax relief

In the wake of Hurricane Katrina, the IRS made several allowances to help ease the burden on individual and business taxpayers. For example, the IRS extended deadlines for filing and payment of taxes, partnered with tax professionals to assist victims with their tax needs, raised the standard mileage rate for businesses, and more. Currently, the IRS is taking some of the same steps to relieve victims of Harvey and Irma. While the federal government has not yet announced whether it will expand various tax incentives as was done after Katrina, the IRS has already extended tax filing deadlines for those affected. For businesses in certain counties of both Texas and Florida, the October 31 deadline for filing quarterly payroll and excise tax returns has been extended until January 31, 2018.

Business victims of hurricanes may also find tax relief at the state level. For example, the Texas Historic Preservation Tax Credit (THPTC) program enables property owners to offset costs related to post-disaster recovery of designated historic buildings that are used for commercial or non-profit purposes. Property owners may receive a tax credit equal to 25 percent of qualified rehabilitation expenses on certified projects. The credit may be taken against either the Texas franchise or insurance premium taxes, or it may be sold if the taxpayer does not owe these types of taxes.

What should businesses affected by the hurricanes do?

As lawmakers consider options to help rebuild the economies that were damaged by these devastating storms, business victims should take the following steps:

At Capital Review Group, we are monitoring the actions of Congress and the IRS, and will post any updates on tax incentives that may be expanded for the benefit of hurricane victims. Contact us today to learn more.